Dr. Lou Responds to America for His Thoughts on Global Warming 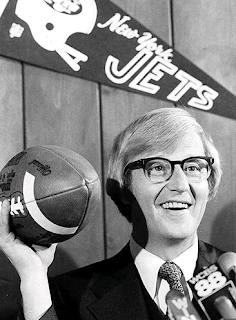 Last weekend Lou Holtz was a member of a guest panel on Fox New's Hannity show in which the topic of global warming was brought up. Similar to the other program Dr. Lou is a guest panel member of, he proved to be the dimmest fluorescent light bulb at the table. His performance earned him "Worst person of the world" status on Countdown with Keith Olbermann.

(In case you missed all of this, click here to get caught up.)

Today Lou issued the following statement about his remarks. Well not really, but if he had the following is probably what they would have looked like.

"Many people have asth me this week, 'What qualifications do you have to speak on global warming?' To them I say, I graduated in the lower half of my high school class - and it was a rather stupid class overall. I have written three New York Times Best Sellers - the only person in the world that has written more books than he has read. I coached for New York Jets for a whole 13 games - the same number of games the great Bobby Petrino coached for the Atlanta Falcons. I have four honorary doctorate degrees and my mother loves me.

Now about global warming, the good Lord put eyesth in the front of your head instead of the back so you can see where you are going and not where you have been. Therefore if I see it snowing today in New York, there is no chance of the existhence of global warming.

There is a rule in life, your either growin' or your dyin'. A tree'th grown' or it'th dyin'. The world's growin' or it's dyin'. It has everything to do with, are you content where you are or are you trying to get better? Ladies and gentlemen, I'd say we are content with where we are.

Friends, don't listhen to the hypocrites! How do we know they are hypocrites? Because a hypocrite is someone that complains about the amount of sex and violence on their VCR.

And now my closing thought for you. If you want some great advise, don't ask Dr. Lou. Ask your spouse. Maybe that is what Hannity should have done. Because, there is no one that loves you more, wants to see you succeed anymore, or will be more honest with you. Remember that behind every successful person stands a very surprised mother-in-law."

A surprised mother-in-law indeed! But in all fairness should we really be that surprised since our most relevant voice for global warming is a man that claimed he "invented the internet?"
Posted by College Football Guys at 12:08 PM 1 comment: