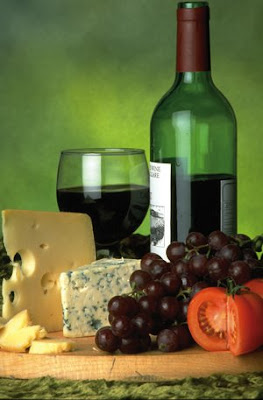 When thinking of the Pacific Ten Conference one might compare it to drinking a glass of fine wine; soft and aloof. Daily reminders of "west coast bias" might cause an SEC fan to proclaim, "Would you like some more cheese with that whine?"

The self proclaimed "Conference of Champions," with more NCAA titles than any other conference and schools that reside in cities like Seattle, San Fran, Los Angeles and Phoenix often can be thought of pretentious and ambitious. With this in mind we have a few wine selections that might come in handy when describing the programs of the Pac Ten.

Arizona - Chateu Ste. Michelle Neillie's Garden Dry Rosé. This might be the only rose these fans ever get their hands on. Quick trivia question to stump your friends: What Pac Ten team has never been to a Rose Bowl? "Arizona. May the Lute be with you. Always."

Arizona State - Yellow Tail. Fun to look at, much like Sun Devil women. Young, hip, and mass produced. Easy to buy and consume. Prays every day to be as well liked as its California counterparts.

Stanford - 1787 Chateau Lafite. Old and sophisticated. Requires too much knowledge and money to actually enjoy. However young ex-quarterback is trying desperately to knock the dust off this bottle.

Oregon - Cristal (Champagne). The packaging and marketing of the product has caused it to be wildly overpriced and over hyped. Highly fashionable early pick, yet rarely delivers as portrayed.

Oregon State - Charles Shaw, aka "Two Buck Chuck". Great deal of value in this wine and program. Minimal amounts of money spent yet outperform their foes in head-to-head competition year in and out. Overachievers.

USC - Robert Mondavi. Quality of product brought world wide recognition to their geographical areas. Widely popular and have become the standard bearer in their industry. Though a jealous few may call them overrated.

UCLA - Kendall Jackson. REALLY wants to be like Robert Mondavi. Looking for youth and enthusiasm to provide energy in a program that desires to move from behind the shadows of its cross town rival.

Washington - Bartels and Jaymes. Once a big time player. An easy choice for those looking for a change. Extremely relevant in the 80's and early 90's now largely forgotten.

Washington State - Château cardboard, aka "Boxed Wine", cheap, convenient, can be found easily at the local general store. Would have went with "Two Buck Chuck" here, but know there is not a Trader Joe's within 120 miles of Pullman. Plus it is obvious from this video that Cougar women don't need anything very sophisticated. PLEASE go to 1:42 on this video. You won't be disappointed!

Stay tuned to this blog as we reveal more comparisons. How do SEC schools stack up to your favorite liquor? What beer best represents your Big Ten school? Which woman is your Big 12 school most like?
Posted by College Football Guys at 12:08 AM